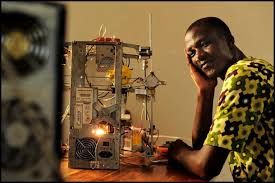 Written by zerophoid on 9th Nov 2013. Posted in Interesting things about Africa. 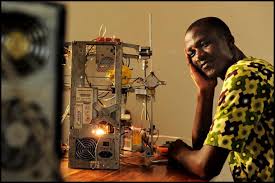 Kodjo Afate Gnikou is a 33 years old inventor from Togo, in West Africa. Using mostly e-waste that he found in a scrap yard, he built a functioning 3D printer that he calls W.AFATE (“W” for WoeLab, the first hackerpace in west Africa, and Afate from his name). It’s the first 3D printer built from e-waste, and even NASA is impressed: Kodjo Afate Gnikou has been rewarded with the NASA International Space Apps Challenge in Paris.