Written by zerophoid on 5th Sep 2013. Posted in Interesting places in Africa. 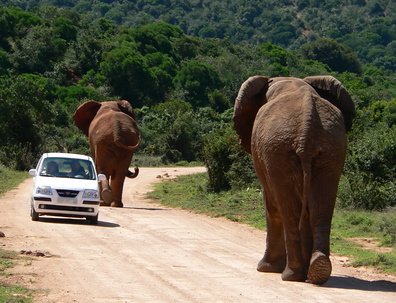 Maasai Mara (Masai Mara) is known as one of Africa’s Greatest Wildlife Reserves, situated in southwest Kenya and is part of the northern section of the Serengeti National Park. Famous for the abundance of the big cats, Lion, Leopard, Cheetah and the Great Wildebeest Migration and the Maasai people, well known for their distinctive custom and dress. The Maasai Mara Ecosystem holds one of the highest lion densities in world and this is where over 2 MILLION Wildebeest, Zebra and Thomsons Gazelle migrate annually. Maasai Mara National Reserve stretches 1,510 sq km (580 sq miles) and raises 1,500-2,170 meters above sea level. It hosts over 95 species of mammals and 570 recorded species of birds. With the wildebeest migration in July to October, this is the best time to see this incredible movement of animals. Although it is not guaranteed that the wildebeest get to Maasai Mara, it has yet to let us down. Also, December to February are great times as it is dryer and good for the Big Cats.